Public and private administrations share many common features: they aim at making the best use of finite resources. But they also display important dissimilarities stemming from the fact that the actions of public administrators are public acts, not private ones. Except for a narrowly defined set of information that it gets to keep confidential due to security concerns, while a public body must answer to all of society, and not just to itself.

This has profound consequences when considering the use of information technology by public administrations, where computers have made filing archives obsolete; improved the decision-making ability of clerks; and replaced old com­munication channels; increasing both the speed and the reliability with which administrations operate. The flipside of these advantages is, of course, dependency: who hasn’t witnessed whole government bodies grinding to a halt due to some ominous “computer crash” or other events? Aside from the fortuitous occurrence of crash events, however often they may happen, this dependency on computers raises a much more serious concern: the question of who controls them.

Most computer users believe they control their machines. By extension, they assume that any organization has full control of the machines it owns. They are wrong on both counts: computers have no loyalty towards their owners and will dutifully betray them if so instructed by the only master they blindly obey: the program.

Proprietary software users often experience this betrayal, where the computer actively refuses to carry out the user’s orders, or performs actions that the user neither requested nor authorized. Familiar examples range from a computer installing malware (malicious software programs) when users open an email attachment, refusing to copy a song from one media player to another and silently installing unsolicited software on the user’s machines, to refusing to work past a certain date or deleting fully paid-for works from the user’s e-book reader in order to protect the commercial interests of vendors or third parties.

In administrative bodies that use proprietary software, the problem of pro­grammed control of the public administration’s computers is made worse by the combination of restrictive software licensing terms and the prohibitive cost of switching programs for any given task. Not only do proprietary software providers set their programs’ licensing terms at their whim, they also often change them, unilaterally and retroactively. They can afford to engage in such customer-unfriendly behavior, because customers know that they can’t switch proprietary software providers without also switching programs, which is costly and cumbersome.

Yet a public administration answerable to all of society can’t leave the control of critical infrastructure in the hands of individual persons or organizations. It is irresponsible to manage information – whose integrity and availability critically affect citizens’ lives – with software for which the administration has obtained only a limited right to use under non-negotiable, restrictive conditions. It is even worse when we consider the risks of entrusting such critical infrastructure to companies based in foreign countries, which may be subject to pressure from intelligence agencies to provide means for remote surveillance or sabotage of specific installations.

It seems like a tall order, but it’s not. Such programs are widely available, and actually constitute the foundation of the world’s information infrastructure. We call them “free software,” a term coined over twenty-five years ago by Richard Stallman, initiator of the movement that made its development possible. It provides technical solutions for the information technology needs of virtually any organization, at a comparable or lower cost than proprietary products, without relinquishing control over the administration’s information to outside entities.

Most public administrations, however, still use proprietary software. Why? Government officials will claim that some free software solution lacks a feature deemed essential by technocrats; others will bemoan that the immediate licensing costs of a proprietary system are lower than the deployment and customization effort needed to implement the free equivalent. These and many other variations are just excuses intended to hide a cowardly unwillingness to set responsible policies. Missing features always can be added. Low initial licensing costs are irrelevant when the costs of later switching to another provider are prohibitively high, etc.

We aren’t talking about mere convenience here, about which program is “better” than the next, or about price/performance tradeoffs that make once choice preferrable to the other. We are talking about fundamental principles of republican life, to which citizens and certainly governments should have a hard time attaching a price tag. The use of proprietary software in the public administration always entails a fundamental betrayal of the public’s trust. No society can afford that. 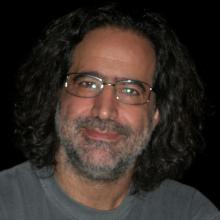 Federico Heinz (Argentina) is programmer and free software activist and co-founder of Vía Libre foundation, which promotes free knowledge as the driver for social development. He has tendered advice to many parliamentarians in various Latin American countries on the preparation of bills concerning the use of free software in public administration.