Freedom for Users, Not for Software
By:
Benjamin Mako Hill

In 1985, Richard Stallman founded the free software movement and published a manifesto asking computer users to join him in advocating for, building, and spreading software that would guarantee its users certain liberties (Stallman 2002). Stallman published a “Free Software Definition” (FSD) that enumerated the essential rights of every user in regard to their software:

A computer scientist, Stallman understood how programmers shape software in ways that influence how users of their code are able to act. Programmers might, for example, design software to spy on, work against, or create dependencies in, their users. As users’ communication and their lives are increasingly mediated by computers, their experience is increasingly controlled by their technology and, by extension, those who control it. If software is “free,” users can turn off exploitative features and work together to improve and control their technology. For Stallman, free software is critical to a free society.

Unfortunately, many people who heard the term “free software” thought the word “free” referred to the fact that the software was distributed at no cost – an understandable source of confusion because free software can be, and usually is, shared without permission or payment. In concerted attempts to address this confusion, the slogan “free as in ‘free speech’ not as in ‘free beer’,” and references to the distinction between the French libre and gratis, became clichés in the free software community. A biography of Stallman is titled Free as in Freedom (Williams 2002).

In the late 1990s, a group of free software enthusiasts suggested a new term: open source. Like Stallman, this group was frustrated by the ambiguity of the word “free.” However, the open source group’s primary concern was free software’s utility to businesses. Rather than stressing “freedom,” which they felt would be off-putting to for-profit firms, open source advocates described the technical benefits that the “openness” of free software development might bring through collaborations among large networks of users. These calls resonated with high-tech firms at the turn of the millennium when the free software GNU/Linux operating system was surging in popularity and the Apache webserver was dominating a market full of proprietary competitors. The “open source” concept gained a further boost in 1998 as Netscape publicly released the source code to its Navigator browser.

Conversations around libre and gratis in the free software and open source communities overshadowed a second, and much less discussed, level of linguistic ambiguity in the term “free software”: the term led to the four freedoms being interpreted as statements about qualities that software itself should have. Of course, Stallman doesn’t care about free software; he cares about free users of software. The slogans “free as in freedom” and “free speech, not free beer” are unhelpful in resolving this second type of ambiguity, and may even increase confusion. “Free as in freedom,” is simply silent as to what should be free, while “free speech, not free beer,” reproduces a parallel problem: free speech advocates do not actually care about the freedom of speech – they care about the freedom of individuals to speak. When the free software movement’s core rhetoric focuses attention on the qualities of software, some participants come to view the freedom of users as a second-order concern – it is simply what happens when software is free.

When software is free, but users are not

But user freedom does not always stem from software freedom. Indeed, as free software has grown in economic and political importance, it has attracted the attention of some who wish to reap the benefits of free software while keeping users restricted and dependent.

Google, Facebook, and other titans of the Web economy have built their businesses on free software. And they are not merely free riders in their usage of this resource; in many cases, these firms freely share at least some of the code that runs on their services and invest substantial resources in creating or enhancing that code. Each user of a “free software” network service can have a copy of software that allows the FSD’s four freedoms. But unless these users run the web service themselves – something that may be technically or economically infeasible – the users remain at the whim of the firm who does run their copy. “Software as a Service” (SaaS) – or software provided via “the cloud” – is entirely compatible with the idea of software that is free. But in that users of the service cannot change the software or use it as they wish without the permission, and oversight, of their service provider, SaaS users are at least as dependent and vulnerable as they would be if the code were closed.

Google’s Chrome OS is an attempt to build an operating system that gets users online and connected to services like Google Docs for users to do most of their computing. When Google announced Chrome OS, many in the free software community celebrated; Chrome OS is based on GNU/Linux, is almost entirely free software, and has Google’s backing. But the goal of Chrome OS is to change where users’ computing happens, by replacing applications a user might run on their own computer with SaaS. Every move from a piece of “desktop” free software to a SaaS service is a move from a situation where a user had control over his or her software to a situation where users have very little control at all. For example, Google’s use of free software in its SaaS services enables it to monitor all uses and add or remove features at will. By focusing on the freedom of the software and not the users, many free software supporters failed to appreciate this troubling dynamic.

The TiVo – the pioneering digital video recorder – presented a different challenge. Its software was based on GNU/Linux and, in compliance with the “copyleft” license that most free software is distributed under, the TiVo corporation distributed full access to its source code. But TiVo used encryption to lock down its device so that it would run only approved versions of Linux. TiVo users could study and modify the TiVo software, but they could not use the modified software on their TiVo. The software was free, but the users were not.

SaaS, Chrome OS and “TiVoization” are issues that continue to roil the free software and open source movements and expose philosophical fault-lines. It is unsurprising that open source advocates see no problem with SaaS, Chrome OS, and TiVoization; they are not committed to the freedom of users of software. But each of these examples has been divisive even among people who believe that software should be free. The Free Software Foundation (FSF) has taken explicit stands against each of the issues above. But it has been slow to recognize each threat and has struggled to successfully communicate these messages to its constituency. Today, it seems likely that Google and its service-oriented business model represents a greater threat to future computer users’ freedom than does Microsoft’s. But because Google scrupulously complies with free software license terms and contributes enormous amounts of code and money to free software projects, free software advocacy has been very slow to recognize, and respond to, the threat that it poses.

Even the FSF continues to struggle with its own software-oriented mission. Stallman and the FSF have worked over the last several years to move nonfree code that runs on what are essentially smaller subcomputers, e.g., a wireless interface or graphics device within a laptop, from the computer’s main hard drive into the subprocessors themselves. The point of these efforts is to eliminate nonfree software by turning it into hardware. But are users of software more free if proprietary technology they cannot change exists in one form on their computer rather than another?

The key to answering this question, and others, lies in focusing on the observation that distinguishes “free” from “open.” Free software advocates must return to their ultimate goal of freeing people, not software. Stallman and the free software movement’s fundamental innovation was to connect questions of personal autonomy and freedom to areas where most did not see its relevance. As the nature of technology changes, so will the way in which users remain free. And as others adapt free software principles to new areas, they will be faced with similar problems of translation. To the extent that our communities are able to distinguish between “openness” of artifacts and to emphasize questions of control, politics, and power, free software philosophy will remain relevant in these broader conversations about new and different commons – in software and beyond. 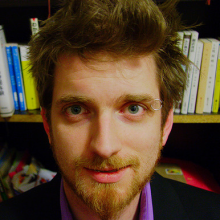