Patents represent a social contract about innovation – the public, via government, grants limited-term monopolies to entrepreneurs as a way to encourage innovation, and the public reaps new knowledge and market access to new technologies. This social contract to “promote science and the useful arts” has in fact done little to achieve that goal, which has instead been pursued mostly through pubic funding of academic research and contracts with industrial enterprises. At best, patents have been a means to manage market scarcity and thereby profits. As a practical matter, they have been more useful as litigation weapons or tokens of individual achievement.

For decades, policy makers on both sides of the Atlantic have clung to an entirely unfounded axiom that proprietary instruments are necessary to stimulate innovation and financial development. They have purveyed the distorted notion that societies can generate the technological innovations they need only by restricting the creative impulses of humanity and hoarding them in proprietary forms, especially patents. This belief has been aggressively advanced through the World Trade Organization, the World Intellectual Property Organization, competitiveness policies and laws, and egregiously mismanaged representations of “development.”

For the past thirty years, economists have unsuccessfully attempted to establish a direct correlation between the deployment of proprietary rights and economic (to say nothing of social) good. This effort has been confounded by two alarming and unaddressed problems. First, modern patent offices have categorically denied any responsibility for the economic consequence of the patents they grant – while relying on business models (fees and personal compensation) that reward patent examiners for issuing more patents. When WIPO, Denmark, and others invest­igated what happened when patent offices take quality and market consequences into consideration, they found that fewer patents are issued. However, fee income also drops, and so such reforms of the patenting process are quickly shelved.

A second problem has been the sheer proliferation of patents. Since 1980, when the US and Japan launched the modern innovation “cold war,” companies have sought new patents as weapons for negotiations over market control. Even a dubious patent can be used as a bargaining chit in litigation and other disputes. The proliferation of patents, many of them illegal, has so thoroughly choked the global corpus of patents that you are more likely to find actual artifacts of innovation and invention through statistically random chance than through actively looking for them. As the system neither does, nor can, work, looking to patents to solve our pressing innovation challenges is misguided in both theory and implementation.

Defensive patents – representing an estimated 80 percent of all filings by industrialized nations – are not artifacts of innovation but pawns used to minimize risks during litigation. In the meantime, such patents not only preclude others from entering into research and development, and marketing efforts, they freeze much-needed technology out of the market.

Figure 1 illustrates the dismaying impact of patent grants made over the past 25 years. Long before there were any business models or consumer demands for technologies ranging from biochips to fuel cells to hydrogen-powered vehicles, patents were granted for broadly ranging claims that covered explicit and anticipated technologies years before market conditions could conceivably assimilate them. The chart shows the periods of highest patent filings when companies anticipated wide-ranging uses of the technologies (1987-1990), followed by the rapid abandonment of “patent estates” (1989-2006) through failures to maintain the patents or through dissolution of businesses, in each case with more rights released to the Commons than retained by industry. The light gray zone (1997-2001) indicates the period in which large multinational corporations consolidated a significant majority of the entrepreneurial ventures in each industry segment. The black zone (2007-2009) indicates the expiration of the early platform, foundational patents in these market areas. Finally, the hatched zone (various years, 2009 – 2018) indicates the consensus among industry experts and market analysts for when markets for these technologies will mature. Note how a huge number of patents are now expired, abandoned and in the public domain.

This chart can be seen as a cause for great depression. However, the realities depicted here also represent an unparalleled opportunity for the future of humanity. What if all of the expired, abandoned and invalid patents were to be consolidated into a single database? Entrepreneurs and national governments could query the database on a country-by-country basis to identify helpful technologies that are in the public domain, and therefore available to use. Once identified, prime technologies for energy, water and agriculture could be developed at lower costs than patented technologies.

This is the basic idea of the Global Innovation Commons, developed by my organization, M-CAM. The project seeks to bring the advantages of the open source software development model – open participation, faster innovation, greater reliability, cheaper costs – to technologies whose patent claims are no longer valid. This means that, as of right now, you can take a step into a world full of possibilities, not roadblocks. You want clean water for China or Sudan – it’s in here. You want carbon-free energy–it’s in here. You want food production for Asia or South America – it’s in here.

In the Global Innovation Commons, all innovation artifacts (patents, research publications, government or industry sponsored research reports, and technology procurement records) have been assembled and reviewed for their legal standing in every country on Earth.1 These innovation artifacts have been compiled so that jurisdictions of enforcement are easily assessed, so infringement can be avoided in any jurisdiction. This enables a business or government to know what can be developed for domestic use only, for limited export, or for general export. Wherever possible, using abandoned patents, global freedom-to-commercialize positions are identified for unrestricted commercial use and deployment.

By examining each “innovation enclosure artifact” (patents and related filing information) for its jurisdictional scope of enforcement, one can immediately identify those countries where open source freedom-to-operate status prevails. In the database, each innovation artifact, together with its jurisdiction(s) of enforcement is displayed so that the user can identify who is the innovator, the owner of record, and any other pertinent information about the innovation. One can immediately identify both zones for commercial development and use and those zones where active patent enforcement may blockade an open-source-derived product or service.

Der Spiegel has noted that the Global Information Commons database represents a huge advance because it aggregates so many different patent-free technologies from so many different parts of the world: “[The Global Information Commons’] custom-made software and a vast server are programmed to trawl and compare hundreds of thousands of files containing patent information from what would seem an incongruous list of places: Papua New Guinea, Berlin, the Brazilian rainforest, New York. Some of these patents are current; others have expired.”

A search of the database reveals that one in three patents registered today as energy-saving technology duplicates inventions that were first developed following the oil crisis of the 1970s, and so can be freely used. A great many patents are not novel at all. They simply duplicate innovations that were made decades ago. But patent applications often disguise this fact by using colorful and complicated language. Overworked government patent examiners struggling with limited resources and seeking to avoid legal hassles often grant new patents that are not truly warranted. The Global Innovation Commons helps reveal and confirm the patent-free status of important technologies.

Here’s another reason why so many old patents are now available, at least in certain countries. In the 1970s and 1980s, when many companies were engaged in a “cold war” of innovation abuse, they generally overlooked filing for patents in the “most marginalized states,” or MMS – a term we use in place of the conven­tional term “Least Developed Countries,” or “LDCs.” Companies didn’t file patents there because those markets didn’t seem to matter.

This oversight has now created an unprecedented opportunity. Using the Global Innovation Commons, humanity can claim what by international law is ours – namely every innovative thought and every contemplated imagination in the tens of thousands of patents that have now fallen into the commons. As a result of industrialized patentees failing to designate patent protection in MMS, or because patents expired or were abandoned, the scope of potential open-source technology development in many technology sectors is amazing:

Solar energy power systems: 9,074 patents are available, representing approximately US$9.3 billion in research and development alone and US$133 billion in terminal deployment value.

Gravitational and magnetism-augmented power systems: 16,434 patents are available, representing approximately US$16.8 billion in research and development alone and US$241 billion in terminal deployment value.

Tidal energy power systems: 6,717 patents are available, representing approximately US$6.9 billion in research and development alone and US$98.3 billion in terminal deployment value.

Hydroelectric and hydromotive power systems: 12,869 patents are available, representing approximately US$13.2 billion in research and development alone and US$188 billion in terminal deployment value.

Similar opportunities exist to develop geothermal power systems (11, 449 patents), hybrid electric vehicles (21,412 patents), fuel cells (23,861 patents) and wind turbines (9,028 patents) through technological knowledge that now belongs to the commons. The World Bank has estimated that the technologies in the GIC database could save more than $2 trillion in potential license fees.

When Volkswagen received a patent for a hybrid electric vehicle that includes a rotating flywheel mass variably engaged by a series of clutches in 1979, their allowed patent claims are so broad as to describe virtually every hybrid electric vehicle built since. However, this patent expired in 2002 and is now in the public domain, where anyone, anywhere, can adopt every element of this invention without any fear of patent enforcement. That’s right: an automotive company in a marginalized country could use 100 percent of this information to design and build a car to compete with Toyota’s Prius. Today.

Every commoner can use this vast database as a tool to develop publicly funded, affordable, open source technologies that can solve urgent challenges in health, energy, transportation, food and water. “Recycling” patent estates that were wrongfully granted can liberate public and private funds for more efficient uses.

This recycling effort can include the use of patents for one of their long-forgotten purposes – to stimulate others to build on them with unanticipated new ideas, open-source style. On a practical level, the government and procurement agencies acting with public funds can adopt a standard procurement and development investment policy that mandates that public funds preferentially flow to those innovators who can deploy or integrate open source technologies.

In this fashion, the Global Innovation Commons promises to spur a new wave of technological innovation through the sharing of new ideas rather than through exclusive, private control of them. This is no academic claim: The majority of science and technology required to deal with emission controls, energy-harnessing storage and distribution, transportation, and water use and reclamation, already exists, and can be found in the Global Innovation Commons database. Prevailing economic thought perpetuates the illusion that we still haven’t “innovated” enough. But in reality, more than US$1.6 trillion in latent market innovation has been created over the past three decades alone. It just hasn’t been developed and deployed. It hasn’t been developed not because it is deficient, but because it could challenge market incumbents and their entrenched technologies and business models.

Given the magnitude of the challenge before humanity, our clarion call is to deploy and honor these innovation impulses, especially to seed environmentally constructive enterprises in the Most Marginalized States. We can begin to imagine a world in which ecosystems, human interaction, and value exchange bring dignity to the Earth, facilitate collaborative engagement between people, and yield prosperity to every engaged person. Ironically, this opportunity arises from a vast storehouse of patent-free innovations from decades ago – a hidden resource created by unequal access to resources, unconsidered consequences, and asymmetric wealth and power distribution. 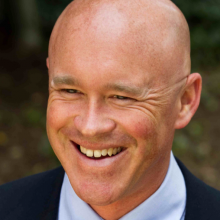 David E. Martin (USA) is a business founder, public policy advisor, and foresight communicator. He pioneered the field of unstructured data analysis and linguistic genomics and groundbreaking new methods for global finance and ethics. He is the founder and Chairman of M-CAM and shares his life with his wife Colleen and his two children, Katie and Zachary. His blog is Inverted Alchemy, at http://invertedalchemy.blogspot.com.