Once upon a time... there was a fair young princess, full of virtues. A chevalier, charming, brave and handsome blue prince was willing to take on the adventure to be with her. The romance starts and goes on, and leads us to the long-awaited moment in which the two are wedded and the old “…and they lived happily ever after” is finally pronounced.

The fairy tales of any society express a set of values that the society cherishes and seeks to perpetuate. Vladimir Propp found over thirty recurrent leitmotifs in folk tales; they have come to be known as “Propp’s functions.” One of these is the wedding that seals the happy ending of the adventures (Propp 1928); the “until death do us part” theme conveys the illusion of living happily ever. While this leitmotif may not refer to any model family, it does validate the idea of the tra­ditional union of a man and a woman ignoring other options.

It helps to see how the mythological patterns of fairy tales underlie rational arguments, which can be assembled like Lego pieces in many different yet clearly identifiable positions. The deeper patterns will always be recognizable whatever the particular structure, which suggests that we should look to these deeper patterns and not just the superficial arguments. We now suggest thinking about the mythological patterns that justify and promote the legal concept of copyright, a cultural idea that focuses on the individual creator as the primary agent. This pattern can be compared with the presumption that traditional marriage is the only valid concept of romantic or sexual expression.

Mainstream society constantly asserts that marriage is the way to go, that the family can only be composed of a man and a woman, and that its purpose is procreation. This idea is cast as a self-evident, natural fact. In the same vein we are told that without copyright no one will respect creative works, there will be no creativity and many jobs will be lost. Copyright is thought to be the only plausible scheme for guaranteeing a happy ending in the creative sector. But in fact, the wedding motif and the happy ending it implies are based on a specific family model, much as copyright law is based on an industrial, market-oriented model of cultural creativity.

From this viewpoint, copyright is seen almost exclusively as the only way to protect works of the human intellect. The presumption is that the copyright holder must control the use that others make of his or her works e.g., reproduction, modification, distribution and public communication in order to earn revenues to cover production costs. It is assumed that this is the only way to reward the creator. Here in Colombia, as in many other nations, copyright is regarded as the essential legal element of the value chain of industrial cultural production. The value chain “begins with the creator, goes through production, arrives at distributors and marketing, and finally ends in the public which demands the use of these contents.”1

Because this system of production is so dominant, creators of all kinds dream of signing that contract which, within the model of the creative industry, will give them a chance to win fame and fortune – in other words, the happy ending of their own story. This is a fairy tale, however. Most of us are neither princes nor princesses.

Diversity as a counterproposal

Despite the claims by copyright’s defenders, there is no direct relationship between creativity and copyright protection. Industries such as fashion (Bollier 2006, Blakley 2010) and cuisine (Fauchart and von Hippel 2006) are notable examples. For example, Bollier cites the exponential growth of the fashion industry, which has no copyright protection for the apparel design that it produces; it relies instead on trademark law for its brand names and logos, which enables the free use and re-use of design elements in a commons. No one can “own” the herringbone suit or mini-dress. Similarly, no one can own food recipes. This “creativity without copyright” contrasts with the music industry’s claims that copyright is absolutely essential for any creativity (IFPI 2010).

There is a rich literature documenting how sustainable business schemes can be built around creative communities that are based on the open sharing of content, and not strict control, such as free software and free culture communities.2 These communities have built these models for encouraging creativity around legal licenses based on copyright ownership. But instead of requiring strict control, licenses such as the General Public License for software and Creative Commons licenses authorize copying and sharing without payment or permission. Creativity in these systems does not revolve around total control of the work, and yet they are economically and culturally productive.

Contrary to the mythological pattern of the traditional copyright story, sometimes the law itself allows greater flexibility for certain uses that are important to society, such as education, commentary and parody. Known as “exceptions and limitations” or “fair use” (depending upon the particular legal system), these legal provisions are not only important to culture and democracy, they help generate jobs and taxes (Rogers and Szamosszegi 2007).

For example, libraries and schools can only work because of these exceptions and limitations to copyright protection. Public loans of books at libraries are a treasure that the society cherishes, and should not depend on the author’s will, much less on the limits of the market. Copyright laws in most nations acknowledge the importance of fair use and set forth exceptions for libraries, especially for copies associated with custody or preservation. Yet the impulse to control the circulation of works remains very strong. In countries like Colombia, some critics assert that since public lending of books is not expressly mentioned in copyright law, copyright holders are simply tolerating libraries, but that they need not do so. In general, promoters of the traditional narrative of copyright want exceptions and limitations (or fair use) to be as small and limited as possible. But these provisions are in fact more necessary than ever.

Towards new narratives beyond copyright

Although we recognize benefits in the traditional family model, the truth is that there are also other ways to conceive a family. Likewise, there are multiple ways to create. Many of them exist beyond copyright as well as within its boundaries.

Today, new technologies make possible highly useful new patterns of creation and use for copyrighted works as well as new venues for creativity, production, dissemination, access and economic success. The new models move beyond historic, industry-based models of creativity, expanding what previously occurred mainly in local and private environments by enabling them to go global on new public platforms.

The Internet has made possible a new production model that relies on volunteers to jointly create and manage their copyright, not as an individual control system to ensure financial reward, but as a community building system and a sharing economy that also generates wealth (Weber 2004). This production model simply cannot be ignored by the market. Rather, it becomes a necessity for governments, businesses and people in general to recognize that the economy of sharing goes hand in hand with “traditional economy” (Benkler 2006). Lawrence Lessig, founder of Creative Commons, notes that the sharing economy does not conform to traditional market dynamics and what copyright law has defined as legitimate (Lessig 2006).

In sum, we must modify the patterns about creativity so that our stories can be constructed in a substantially different way. We must identify these new patterns3 and build new narratives that expand the range of legitimate possibilities.

We acknowledge the fact that there is a creative environment that benefits from copyright as a control mechanism, but it is also important to acknowledge that it is not the only one, nor can it or should it crush the rest of mechanisms. We must not focus on one form of creativity; we must be willing to accept a social and legal contract where all of them have a place. Just imagine a copyright system that recognizes the legal needs of industry, a free technological culture of traditional communities, and academic communities and urban collectives. That would be a true and worthy challenge our judges and policymakers! 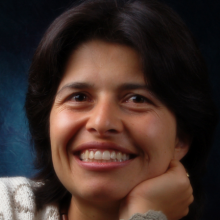 Carolina Botero (Colombia) is an activist, consultant and lawyer with master’s degrees from universities in Belgium and Spain. She is an author and lecturer on free access, free culture and authors’ rights. She leads the Group Rights Internet and Society at Karisma Foundation and serves as Legal Lead for Creative Commons Colombia and Co-Manager for Latin America.

Julio César Gaitán (Colombia) is Director of the Justice Department at Del Rosario University, Bogotá, and has a master’s degree in public law and a doctoral degree in evolution of legal systems and new rights. He does research on pluralism and legal cultures, sociology of knowledge and the formation of prejudices.